The Old Rectory at Worplesdon dates back to the 18th century.  In 1776, a turret and bell were taken by the incumbent Dr Burton, and placed on the church tower.  The bell was rung towards the end of the sermon to warn the coachmen and footmen, who stabled their horses at the inn, to prepare for their master’s departure.  The turret still remains on the church tower to this day.

Part of the Old Rectory burned down and was rebuilt in 1828, providing the fine wall of Victorian decorative brickwork.  The rear entrance boasts a porch supported by classical columns, complementing those on the front entrance.  Over the rear porch extends a balcony that has no access from within, probably because it faces east.  Another rear wall has a beautiful wisteria, and the rear grounds have a magnificent old deciduous cypress tree, a holm oak, three plane trees and many shrubs, together with a tulip tree planted by Lord Elphinstone in 1928.  Sir James Walker of Worplesdon Place was the first buyer when the Old Rectory and Glebeland was sold in 1913, while the Rev John Collingwood Gainsford Bruce MA was the incumbent at St Mary’s.

In 1918, Lord Elphinstone bought the Old Rectory, including thirty acres of land, outhouses, pigsties and a barn, and renamed it Maryland.  In the 1920s he added a gardener’s cottage with flat above for staff, and had the house internally refurbished and the gardens redesigned.

However, he did not reside here permanently, but often returned to Scotland, renting out the house under the watchful eye of his Scottish caretaker Miss Lizzie Wyllie.

The Hon Andrew C Elphinstone, younger son of Lord Elphinstone and nephew of the Queen, was married in 1946 to a Lady in Waiting of Princess Elizabeth.  He had met his bride in the lift at Buckingham Palace, whilst he was living there, and working at the War Office.  An old Etonian, he succeeded Canon Sidney F Cornell as rector of St Mary’s Church in 1953, and made his home at Maryland.  Princess Elizabeth was godmother to their daughter Rosemary, and attended Rosemary’s Christening at St Mary’s Church, accompanied by Princess Margaret and Lt Philip Mountbatten.

The garden at Maryland has offered itself for many functions in aid of charities.  The Hon Mrs Elphinstone, taking a keen interest in the local WI and Mothers’ Union, welcomed fellow members and friends to her home.  One anecdote tells of the Brownies’ picnic.  Whilst the girls revelled on the lawn, they were unaware of a hungry visitor.  The visitor was a friendly elkhound who ate their entire picnic meal, much to everyone’s amazement.

The marriage in 1967 of Rosemary Elphinstone with James Pige Leschallas gave the village another opportunity welcome Her Majesty the Queen, when she arrived at Worplesdon Station en route for Maryland.  The ceremony was conducted by the Rev John Hoskyns and the Rev A Elphinstone, and the reception took place afterwards at Marylands.  In March 1975 the village was shocked to learn of the death of the much-respected Rev Elphinstone.  On the death of his uncle in Scotland, James took the title of Lord Elphinstone and settled on the estate in Scotland until his own untimely death.
2023-01-20_Photo of the Queen visiting St Marys

Mrs Elphinstone – or Mrs Woodroffe, as she later became, and her daughter Rosemary and husband, continued the longstanding tradition of life at Marylands, with the added pleasure of visits from her grandchildren and great-grandchildren.

(Source:  A Tale of Four Villages – by Worplesdon Parish Council) 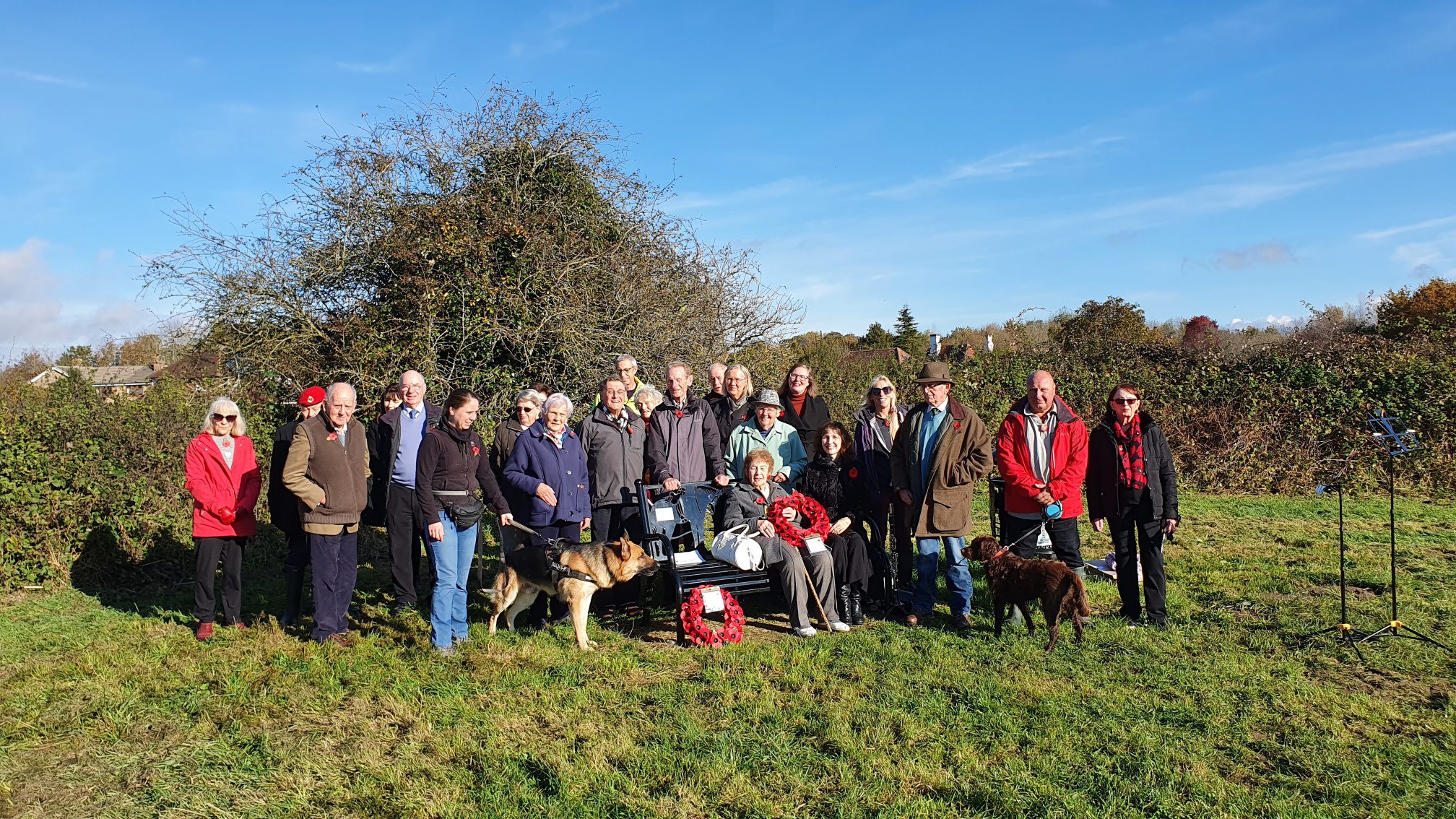